Happy October 4, or as it’s known in my household, National Taco Day! Tacos are one of my family’s favorite foods (although pizza remains my all-time favorite!), and we eat them almost every Tuesday. It’s so convenient that National Taco Day falls on Taco Tuesday this year!

One reason we eat tacos so frequently is because not only are they delicious, but they’re easy to make. It’s fun for everyone to pick their own toppings; some of my favorites are cheese, sour cream, salsa and tomatoes. Plus, we usually cook extra meat that we can use for taco burgers or other meals for the next few days. My kids love them, and if you have kids you know that if you find a meal they like, you cook it a lot!

Does your family enjoy tacos? What toppings do you like to use on your tacos? Leave me a comment and let me know, I love hearing how other people enjoy this favorite food!

Where Did National Taco Day Come From?

According to the Farmer’s Almanac, the holiday was first invented by Roberto L. Gomez, a San Antonio, Texas city councilor. In 1961, Gomez sent a 48-pound tamale to President Kennedy as a birthday gift, “on behalf of citizens of the United States of Latin heritage,” according to a press release.

The tamale stunt led to the creation of the National Taco Council, which promoted San Antonio Mexican restaurants and Mexican pride. The city then began to recognize the days before Cinco de Mayo (May 5) as National Taco Week, and in 1969 the Texas governor proclaimed those days at Taco Week.

Through the years, new taco “holidays” began to appear, created by governments, cultural organizations and restaurant owners. Finally, Del Taco, a California-based chain, declared Oct. 4 to be National Taco Day in 1989, and other restaurants jumped on board.

Not Just For Dinner

Tacos aren’t just for dinner! A few weeks ago, I wrote about breakfast and mentioned that my family likes to enjoy breakfast foods for dinner (or “brinner,” as we call it!). Well, we often enjoy tacos for breakfast! Our easy version of a breakfast taco is simply a tortilla filled with eggs, meat, cheese and salsa. However, you can put almost anything in your breakfast taco!

Dessert tacos are another version you might want to check out! They’re usually filled with sweet things rather than savory, such as cream cheese, fruit, whipped cream, cinnamon or sugar. You can find a few ideas for dessert versions here.

Don’t want to cook? If you love tacos, today is a great day to take a break from the kitchen and hit your local restaurant. Thrillist has the rundown on where to find free and cheap tacos, from national chains to local hot spots.

Are you hungry for new varieties of tacos to try for your next party, family dinner, or just for experimenting in the kitchen? Check out 41 different types of Mexican tacos to try from ChefTravelGuide! They’re sure to make your mouth water.

No matter how you choose to celebrate National Taco Day, don’t forget to report your purchases! This might include meat, sauces, cheese, sour cream, shells, tortillas and other toppings. If you buy something that doesn’t have a barcode, be sure to check the Non-Barcoded Items list. Remember, scanning your purchases earns you points- and those points add up to rewards like gift cards, sweepstakes entries and more! 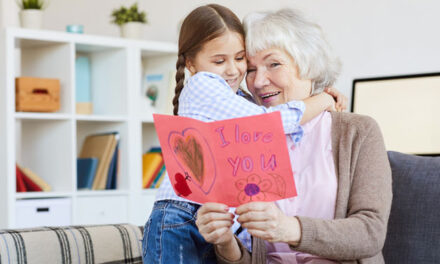