When I think of summer, I think of making – and EATING! – S’mores. I have many wonderful memories of sitting by a campfire or BBQ and toasting – or, more often, burning – the marshmallows, then making the S’more sandwich of graham crackers, a wedge of chocolate, and of course, the now gooey marshmallow. YUM! It was so messy and delicious!

Tell us how you’ll be celebrating the day in the comments section. Or you can share some S’more memories or even some unique S’more recipes.

Here are some S’more fun facts, from realsimple.com:

There are also many different variations that can be used to make S’mores. Just check out the graphic from allrecipes.com: 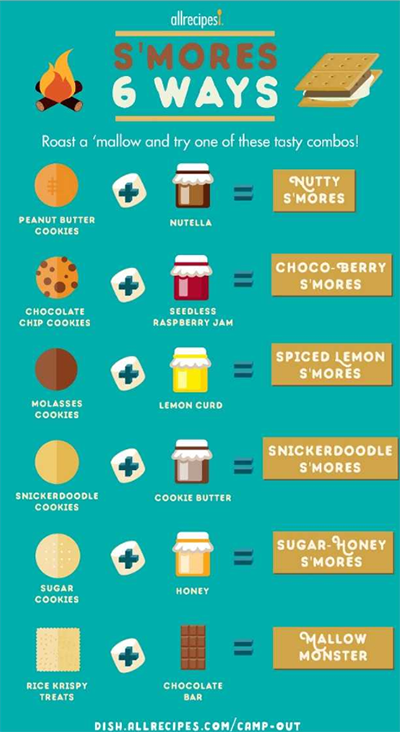 I hope you all have a tasty weekend!

Pour Me A Cup Of Joe!