Come Monday, the new broadcast TV season will “officially” begin. I’m pretty excited to see some of my favs coming back, including (sad to say) the final season of “The Big Bang Theory.” And there’s a lot of other good shows to watch (such as “This Is Us,” “The Good Doctor,” and “Grey’s Anatomy,” etc., etc., etc.!)

Which shows are you looking forward to watching? Whether they’re new or returning shows, let us know! 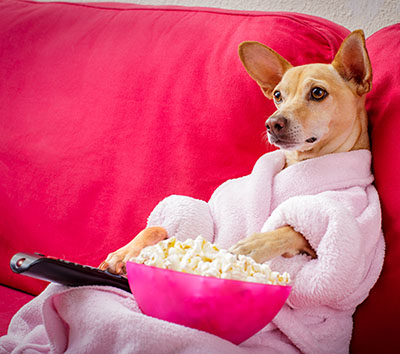 There are a lot of TV viewers out there. According to Nielsen, there are an estimated 119.9 million TV homes in the U.S. for the 2018-19 TV season.

The number of persons age 2 and older in U.S. TV Households is estimated to be 305.4 million, which represents a 0.3 % increase from last year. Increases in U.S. Hispanic, black and Asian TV households were also seen, due to estimated increases in population growth.

Additionally, the percentage of total U.S. homes with televisions receiving traditional TV signals via broadcast, cable, or via a broadband Internet connection connected to a TV set is currently at 95.9%.

Big News: NCP Is Now On Instagram!
The old expression, “A picture is worth a thousand words,” is certainly true. So we are excited to announce that NCP is now on Instagram, the photo and video-sharing social networking service. Check us out at www.instagram.com/ncppanel/.

Not an NCP member yet? Join the fun by signing up at join.ncponline.com!