Halloween is coming! I hope you’ve stocked up on goodies for the trick or treaters. I picked up several big bags of candy a few weeks ago, and made sure to hide it from my family members.

Unfortunately, after buying all that candy and then having it in the house these past weeks I’ve been really tempted to raid the bags. I keep saying to myself no one’s going to notice a few pieces missing … But thankfully I’ve been able to stop myself. It isn’t easy, though!

Now a lot of people will be celebrating this year. According to the National Retail Federation, more than 179 million Americans are planning to participate in Halloween festivities this year, up from 171 million last year. Total Halloween-related spending is expected to reach $9.1 billion, compared with $8.4 billion in 2016. Spending on candy is expected to reach $2.7 billion this year.

According to the NRF, among Halloween celebrants,

Note: If you bought candy or a costume or anything else for Halloween, please make sure to record those purchases!

And speaking of candy, we were talking about candy, right? (See, I can’t get it out of my mind!) Anyway, I wanted to share this cool graphic from CandyStore.com, a bulk candy wholesaler and retailer. The company used 10 years of sales data from between 2007 and 2016, and paying special attention to the months before Halloween, determined its best-selling Halloween candy in each state.

Check out your state:

Finally, a few weeks ago, I asked you guys to send in your pet photos. Well, we received a ton of them! (I want to thank those who took the time to submit a photo.) 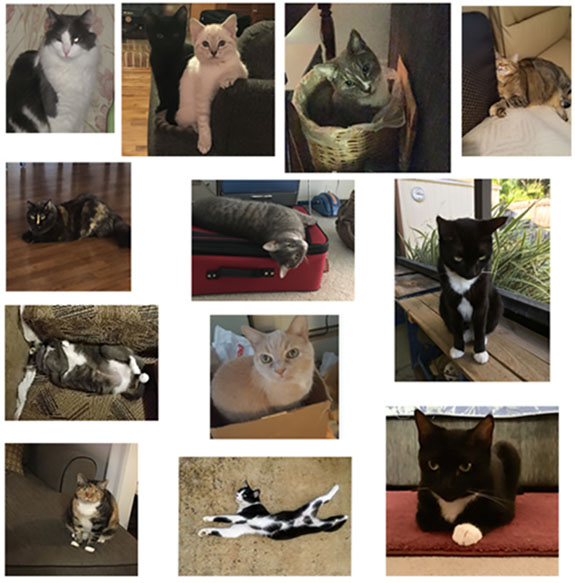 Have a great weekend, and enjoy Halloween!

One of my favorite fall activities is to pack up the family and take a ride to the Hudson Valley section of New York to check out the fall foliage. For us “leaf peepers” there is nothing better than seeing all the bright colors of autumn. It is spectacular!

So this weekend we’ll make a day of it and experience all the beautiful colors of fall.

Where do you go to see the turning leaves? Tell us about where you go to see your local fall foliage. (You can even send us a photo to news@ncppanel.com.)

Here is some great information from Rosie Purdy of the patch.com about the peak foliage time in the 48 contiguous United States. Just scroll down and find your state:

Alabama: starting early October in the North Alabama mountain region and continuing throughout the state through early November.

Arizona: early to mid-October for Northern Arizona; late September to late October in the Sonoran Desert

California: mid-to late October starting from the state’s higher elevations and spreading downward to its foothills and coast

Colorado: September is the best month, with prime foliage times shifting from region to region, lasting only about a week in each place

Delaware: from mid-October to early November for best color intensity

Indiana: early to mid-October in Northern Indiana; mid-to late October in the southern part of the state

Iowa: the weekend closest to Oct. 10 in northeast Iowa and later in southern Iowa

Missouri: late September through mid-October, starting in northern Missouri and traveling south to the Ozark Mountains 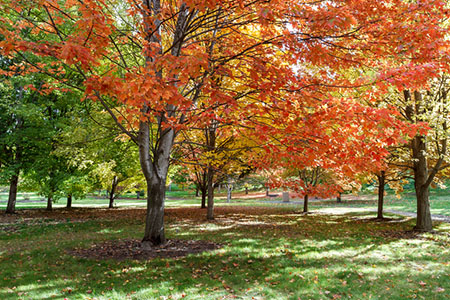 New York: the last few days of September through the end of October; for the best foliage viewing, visit the Adirondacks and Catskills

Pennsylvania: early October for the northern region of the state; mid-October in central Pennsylvania; last two weeks of October in the southeast

Tennessee: the northeastern mountain regions peak in the last two weeks of October; the rest of the state peaks from mid-October to late November 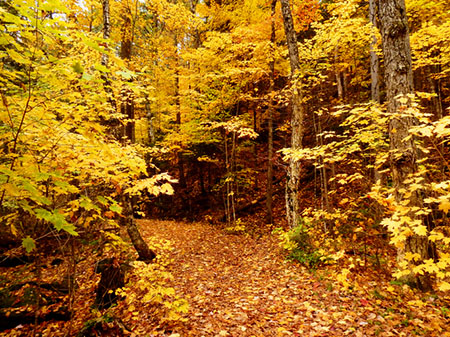 Now that fall is here, it seems like all things are turning to pumpkin. Or at least pumpkin flavoring!

When I went food shopping last week, as I went down the aisles of my local grocery store I noticed a wide variety of products that featured pumpkin flavoring. 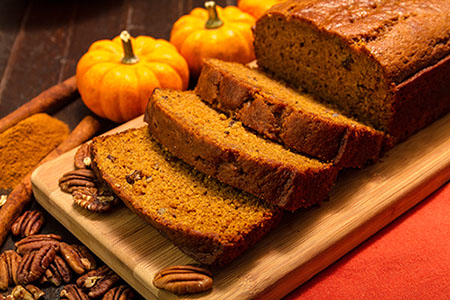 In fact, according to The Nielsen Company, these are the top 10 pumpkin-flavored product categories:

According to Nielsen, sales of pumpkin-flavored products are expected to hit $414 million this year, which is 6% higher than last year’s fall season, but less than the 10% from previous years. 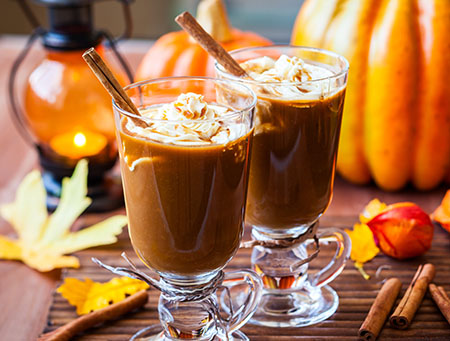 Meanwhile, there’s another fall-inspired flavor that’s gaining in the marketplace. Sales of many maple-flavored products are growing. Some of the top maple product categories include:

Do you have any good pumpkin- or maple-flavored recipes you’d like to share? Send them to me at news@ncppanel.com and we’ll post as many as we can!

Also, I want to thank everyone who recently sent in a picture of their pet. (It sure seems like we love our pets!)

Honestly, I’m a little overwhelmed by all the submissions. I’ll go through them and try to post as many as possible over the next few weeks.

Thank you, and have a great weekend!

My apologies. I was out sick for a while and wasn’t able to post a new blog until now. I am feeling much better.

But it got me thinking how we – or members of our households – get sick every now and then. And often we’re put on a prescription to help us get over our illness or injury. (Of course, many people are on meds for chronic ailments, too.)

If you do get a prescription medication, please make sure and tell us about it. Simply use the Rx Prescriptions listing – if you use one of our handheld scanners you should use the Barcode Reference Booklet (www.ncponline.com/wbcnt/Barcodes/Booklet.pdf).

If you are an NCPMobile App user, you have access to the list of items right at your fingertips in the Non-Barcoded Items list in the app.

Use the Rx Prescription listing for all your prescriptions and refills purchased in a store, online, or through mail order that do not have a UPC barcode. And of course, if you purchase any over-the-counter meds, be sure to record the barcodes with your scanner or the NCPMobile App, too!

Note: You don’t have to give us details about the prescription medicine; just tell us that you picked it up.

Important information for NCPMobile App users: Donald Lewis recently commented, noting that “It should have been mentioned that entering Rx purchases using a mobile device, you have to enter a price at least $0.01 even if like me, you have no co-pays. The old barcode scanner could accept a zero price.” Thank you, Donald!

Also, a few weeks ago we asked for readers to send in photos of their pets. Here are a few. Enjoy!

“This is our baby boy… POCKET. He will turn 7 years old in November. I named him Pocket because when he was just 6 weeks and a tiny pup he always had to be in the pocket of my fluffy robe…. Here he is eating an ice cream cone, made for dogs.” 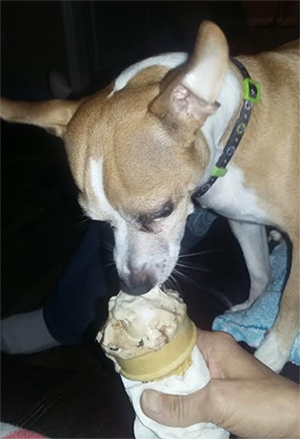 “This is our dog, Kitty. We found her in our car one day 4 years ago, and never found the owners. She seems to be part chi and part pom.” 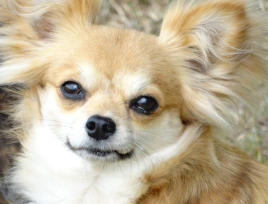 “I had to run downstairs and grab my kindle for this rare shot. The black and white tuxedo kitty, Soxi, is extremely shy and tends to run away from everyone. I was glad she stayed put long enough for this picture.” 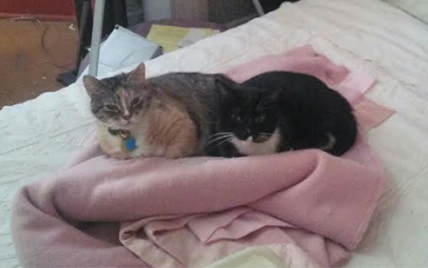 “Lily is a puppy mill survivor. She’s nine years old and still has issues but I love her just the way she is!” 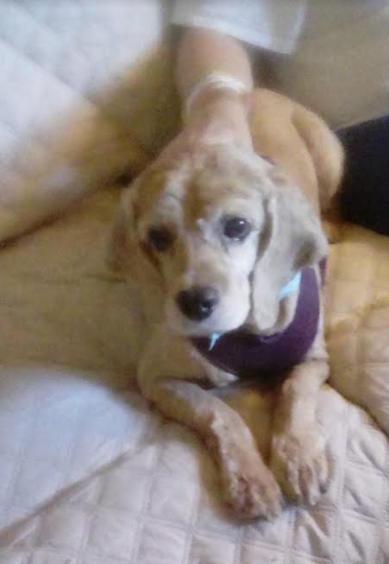 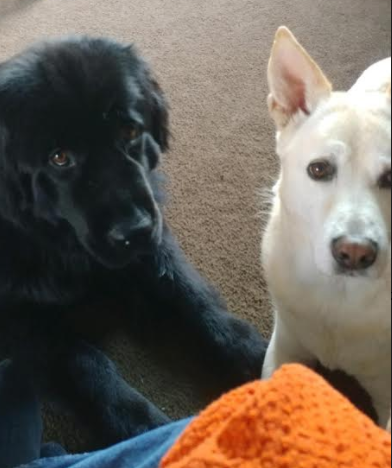 If anyone else has a picture of their cat or dog that they’d to share, send the photo to news@ncppanel.com.