It’s Time For Some March Madness!

This Sunday, March 12, is known as “Selection Sunday.” That’s when the NCAA Division I Men’s Basketball Committee reveals which 68 teams have made the tournament, and which region (East, Midwest, South, West) they’ll play in. Then, starting next week, the games begin!

My husband is a big college basketball fan. People in his office pass around a bracket sheet listing the 68 schools; he then fills in the sheet and guesses who will progress through the tournament all the way to the championship game. I recently found out this is known as “bracketology.”

Are you filling out a bracket this year? Do you, or anyone in your household, watch any of the games? Which school do you want to win the tournament? Let me know! 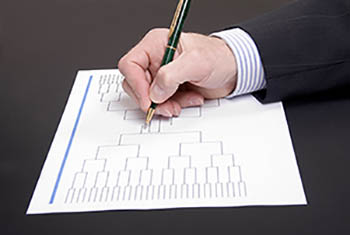 I never realized that March Madness was such a big thing, economically speaking. Here are some interesting (and crazy) facts from wallethub.com:

I hope your favorite team wins! Thanks, and have a great day!

The Most Popular Ice Cream Flavors by State

The Wonderful World Of Coupons