Hard to believe, but Memorial Day is already (almost) here. Time really does fly. While Memorial Day travel plans and BBQs are on many peoples’ minds (nothing wrong with that), I thought it would be nice to write about other ways of commemorating the day. 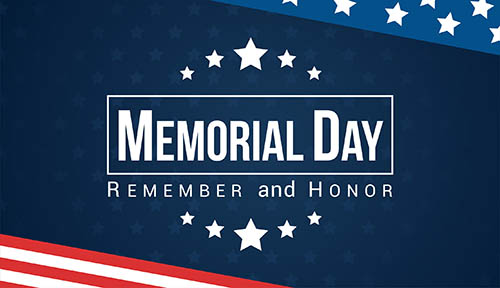 Last year I mentioned that my family and I would be spending some time at a local National Cemetery placing flags on fallen solders’ gravesites. We will again be doing that. But there are other things that people can do to recognize the day, too.

To put the day into better perspective, here are some Memorial Day facts, from wallethub.com:

Reminder: In commemoration of Memorial Day, the Panel Support Center will be closed on Monday, May 28. The PSC will reopen on Tuesday, May 29, at 9 a.m. ET.

I hope you enjoy your long weekend. Coronavirus Leads To A Different Kind Of Memorial Day