Have you been watching the NCAA Men’s Basketball Tournament? There sure have been a lot of upsets! My husband watched a lot of the games, and he said they were really exciting. (I like watching the women’s tournament. Can anyone stop UConn?)

Now that we’re down to the Final Four, we were wondering who YOU thought would win the championship. So please select one of the choices below and see what your fellow panelists have to say.

Powered by Vovici: Conduct your own online surveys

Baseball season starts soon. What teams do you follow? Do you follow any other sports teams? Let me know!

Well, spring has sprung, and to many that means Spring Cleaning! We recently surveyed our panelists asking them their opinions about spring cleaning. Here is some interesting information from the survey. 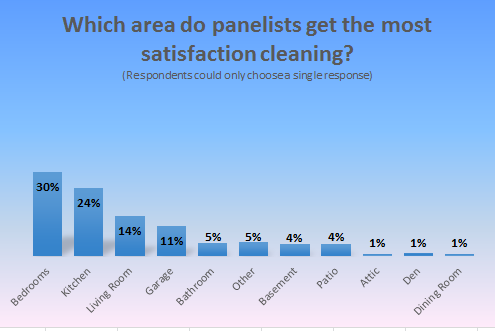 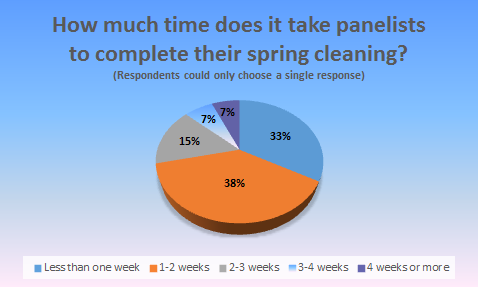 While we’re on the subject of spring cleaning, remember if you make any spring cleaning-related purchases, or buy any cleaning supplies, always give the product’s barcode a quick scan. Some of these items may include:

St. Patrick’s Day is almost here – and you don’t even have to be Irish to celebrate!

One of the fun things I like to do with my family is prepare a traditional St. Patrick’s Day meal, which for us is corned beef and cabbage and Irish soda bread. (Of course, my husband and I may have an adult beverage or two!)

Here are some fun facts about the day:

As you can see from my avatar, I’m certainly in the spirit! I hope you enjoy the holiday, too. But remember to be safe in whatever you may do.

Have a great St. Patrick’s Day!

On Sunday, March 13, at 2 a.m., we turn the clocks ahead and that means, among other things, more daylight in the afternoons. But it also means one less hour of sleep. I’m tired just thinking about it!

Here are some other things to think about when it comes to Daylight Saving Time.

Daylight Saving Time also means spring is around the corner. For many, that means it’s spring cleaning time! So, we want to know your opinion about spring cleaning. Be on the lookout for a Just For Fun survey regarding your spring cleaning habits.

Last week I talked about how much I was looking forward to watching the Oscar broadcast. Well, it certainly was an interesting broadcast.

Nielsen reported that this year’s broadcast had 34.4 million viewers, which declined by about 8 percent from last year’s telecast. This was the lowest-rated Oscars in eight years, according to Nielsen, and the third-lowest since Nielsen began tracking viewership in the mid-1970s.

Did you watch the broadcast?

You may remember that we were running an Oscar promotion, where we asked you to select who you thought would win in several categories. (FYI: We’ll be awarding points to those who participated in the next day or two.) But I wanted to reveal how you, our panelists, voted for each category. Check it out! (Winners are in bold.)

Very interesting results, don’t you think? Thanks to all who participated.